Creative Writer on The Meaning of Life and the Sex that started it. 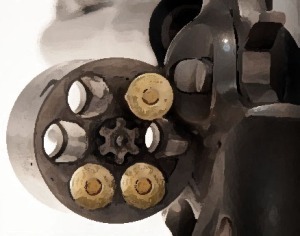 She was, however, shocked by this fact – 29,000 people in Doncaster had Chlamydia last year – 10% of the total population.

So, filtering out sexually inactive, old and young, sexually faithful and celibates, I calculate that the statistic my youth work sexual health team used for the last few years was about right.

‘Promiscuous’ encounters without condoms lead to a

That’s Russian Roulette with three bullets in the cylinder.

She also told us abou a regular client who toured the world, and would take the offer of not using a condom. She queried his nonchalance.

“We call it HIV Roulette.”